This tutorial shows you how to run ReportLab in an Amazon Web Services (AWS) instance, deployed via Elastic Beanstalk (EB). This is a small app that includes a web form that will produce a sample PDF.

Part 1- On You Local Machine

You should see JSON data in a form. 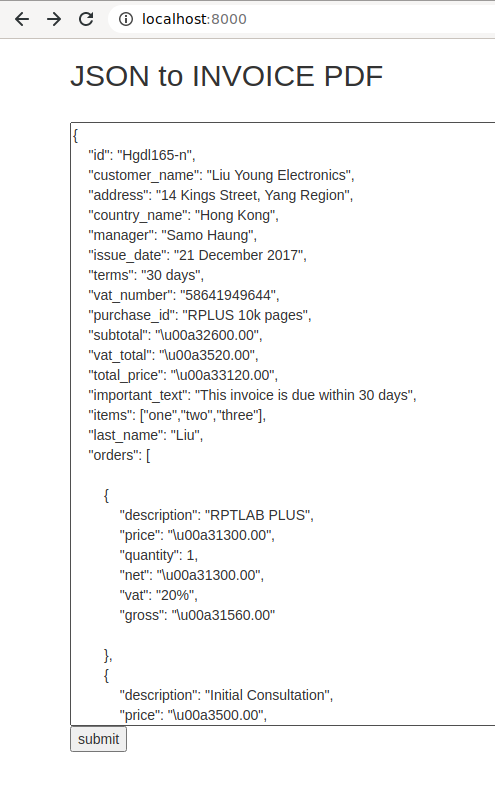